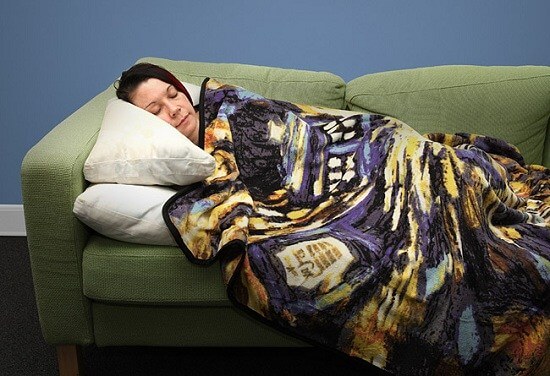 “A well-placed throw on your bed or sofa adds warmth to your design.” That’s a direct quote from Overstock.com. If you know anything about throw blankets then you are aware they are not very large. The purpose of a throw blanket is to be more decorative than useful. The throw blanket’s cousin the throw pillow is pretty much the same in that regard. We take it a step further and actually remove them when it is time to go to bed or a not so special guest would like to sit down . . .on the couch. That is the cultural equivalent of the plastic couch covers our mothers and grandmothers used in yesteryears.

The thing about throw blankets is that they not only look nice but they also provide warmth. They are great for covering your legs while you are watching a movie. But have you ever tried taking a nap under a throw blanket? Its deficiencies are immediately apparent. It’s too short. CMS issued new regulations in lieu of the 2018 coverage year. Yes, this is still a blog about health care insurance. Let’s take a look at how these new regulations will affect us and by the end I reckon you will reach the same conclusion about the regulations and the subsequent plans that will be offered. . . their too short.

The open enrollment period has been abbreviated by 6 weeks. Last year the open enrollment was from November 1st to January 31st. The new open enrollment season is November 1st to December 15th. The logic, limit the amount of time people have to choose so they will not hold out until they get ill to get insurance. I hate to sound cynical and I am trying to remain impartial but are we referring to cold and flu season in January? Are people who weren’t going to purchase health insurance rethinking that decision in January so they can get a Z-pack? Maybe so. Either way that window has closed, so while you are budgeting for Christmas you better make up your mind about your health insurance too.

In reference to special enrollment periods (SEP) they are putting greater restrictions on the qualifications to obtain an SEP. The reasons for an SEP remain the same:

The difference now, you must prove that you qualify before you can sign up. Let me see your papers. The objective, again, is to prevent people from obtaining coverage after they have received a diagnosis. The carriers lost a lot of money paying bills for sick people. A lot of irony in that sentence. It cripples the profit model when individuals game the system by not paying premiums until they get sick. Tragically, there is a segment of the population that does not believe/understand that you should be insured whether you need healthcare at the moment or not. Shortened enrollment period and more strict rules to qualify for a special enrollment period is an effort to curtail the chicanery.

Actuarial Value. Most people reading this cannot pronounce “actuarial”. And that’s not a slight on anyone’s intelligence, it’s a comment on how little that word is used in our everyday lives. I am not going to talk about risk analysis, coinsurance, deductibles or the mandated actuarial values under the ACA. May objective in this blog is to distill this information for my readers-moonshine. The new regulations are allowing the carriers to offer plans that cost less but also pay less of the bill. For the young and healthy this means there will be plans offered that will be for more affordable than previously. This also means if you the consumer is not well informed you will sign up for that cheaper plan unwittingly. I was intentional in choosing the word “cheaper” because it connotes, of lesser quality. Bottom line: premiums will be lower, coverage will be less. To borrow from our initial analogy, the blanket will be a little short.

Pay what you owe. It’s not uncommon for people to stop paying premiums toward the latter part of the year. Did I mention Christmas and budgeting earlier? To crack down on individuals who choose to buy Christmas gifts instead of paying their insurance premiums, the government has included in their regulations a provision for insurance companies to collect the back payments from people prior to enrolling in a new plan. Let’s look at an example.

Jerry purchases insurance in November of 2017 that starts January 2018. He pays premiums all of 2018 until the month of October. He decides to use that premium money for Halloween costumes, Thanksgiving dinner and Christmas respectively. That’s 3 months of nonpayment. At the last minute, he enrolls in an insurance plan for the 2019 plan year. Before he can complete the enrollment, he is notified he is not able to because he has an outstanding balance from the previous year. The objective, again, is to encourage people to get coverage when they are supposed to and keep it. The problem with this logic is, irresponsible people with limited funds will not have the money to pay the previous balance and the new premium. In general terms, the irresponsible ones are the young healthy people the insurance carriers need in the risk pool. You ever heard of hustling backwards?

On Overstock.com you can get a blanket for $35-40. For a throw blanket, $25-30. Under the ACA/Obamacare throw blankets were disallowed. That explains why many people felt President Obama did not keep his promise, “If you like your plan you can keep it.” Under the just released regulations some of the shorter stuff is being allowed again. Changes to actuarial values and essential health benefits will allow the carriers to sell plans that are less comprehensive but will be easier on the pocket. For the population of people who are relatively healthy those plans will be great. But for those who choose “throw blanket” coverage and need to use the services, they will get a rude awakening at the doctor’s office. You can try taking a nap with a throw blanket but I’m sure you will wake up because your feet are cold.